I’d like to frame this report in the context of my training leading up the race because that’s how I try to predict what I’m capable of doing on race day. Within reason, I attempt to race at target power, pacing, and perceived effort zones that I’ve shown myself that I can handle in training. I completed two race simulation workouts in particular that gave me a descent gauge of my capabilities. The first was a swim that included 2x (200 deep water start speed + 400 mid race pace effort). For the 200's at start speed I was around 1:04-1:06 pace and for the 400's I was around 1:09-1:10 pace. The second was a brick workout of 2x(30 minute ride at race pace power + 3 mile run). I was averaging 300 -325 watts (the norm power was roughly 10 watts higher) and 5:20-5:30 pace on the run. Compared to my fitness at this time last year, these numbers are really great for me (with maybe the exception of the bike power which is a little lower, but the watts/kg avg is a little higher because I’m lighter). Needless to say, going into the race I was expecting somewhat similar results and designed my race plan, with Cliff, with these efforts/times in mind.

Race day morning was business as usual. It began with an early wake-up at 4:15am. I ate my typical breakfast of oatmeal with some milk and blueberries in addition to a cup of coffee. I made sure my bike was set and that there was enough air in my tires. I placed my bike in the car and drove for 15 minutes to the race site.

I set up my transition area in roughly 3 minutes, making sure my helmet, glasses, race bib, shoes, and extra gels were set for the race. Then I went for a little warm-up jog of about 15 minutes which included 4 striders where I descended the effort from easy down to about 5k pace. After that, I went to the bathroom, rechecked my gear in transition, and walked to the area where I could get in a swim warm-up. I took my time getting in the water and getting comfortable. I swim best when I’m able to take my time warming up. Next, I did 3 short pick-ups followed by a steady-state effort of about 2 minutes at mid-race pace effort. I got out of the water at the call back, walked over the timing mat and then ran into the water with the rest of the guys to prepare for the in water swim start.


The swim start was pretty normal. I went out as strong as I could without blowing up and tried to stay with the front pack as long as possible. My swim training has been going really well, based on the 200+400 swim simulation I mentioned above, and I felt like I was putting out the same type of effort I did for that simulation. By half way, I found myself swimming with a small group of 3-4 people around me. I made it my goal to race just up to the point where my form was about to fall apart but not over that effort. For the times I felt like I was really struggling, I focused in on the swim cues that I practiced (“tight kick” and “finish strong”) which helped me get through the rough patches. As I passed every swim buoy I reminded myself that I could swim faster and put in some stronger strokes. I ended up swimming 23:54 for 1500m, coming out of the water 16th male pro and achieving one of my modest, yet honest, goals of not getting past by any of the Pro women who started three minutes behind me. Although the speed that I have shown myself in the pool didn’t exactly translate to the open water meter for meter, the good training came out in the form of confidence. I’ve never felt more confident and connected in the swelling waves. My sighting was consistent, I swam relatively straight, I was able to bilateral breath, and I was able to use the draft off of those around me more effectively than ever. 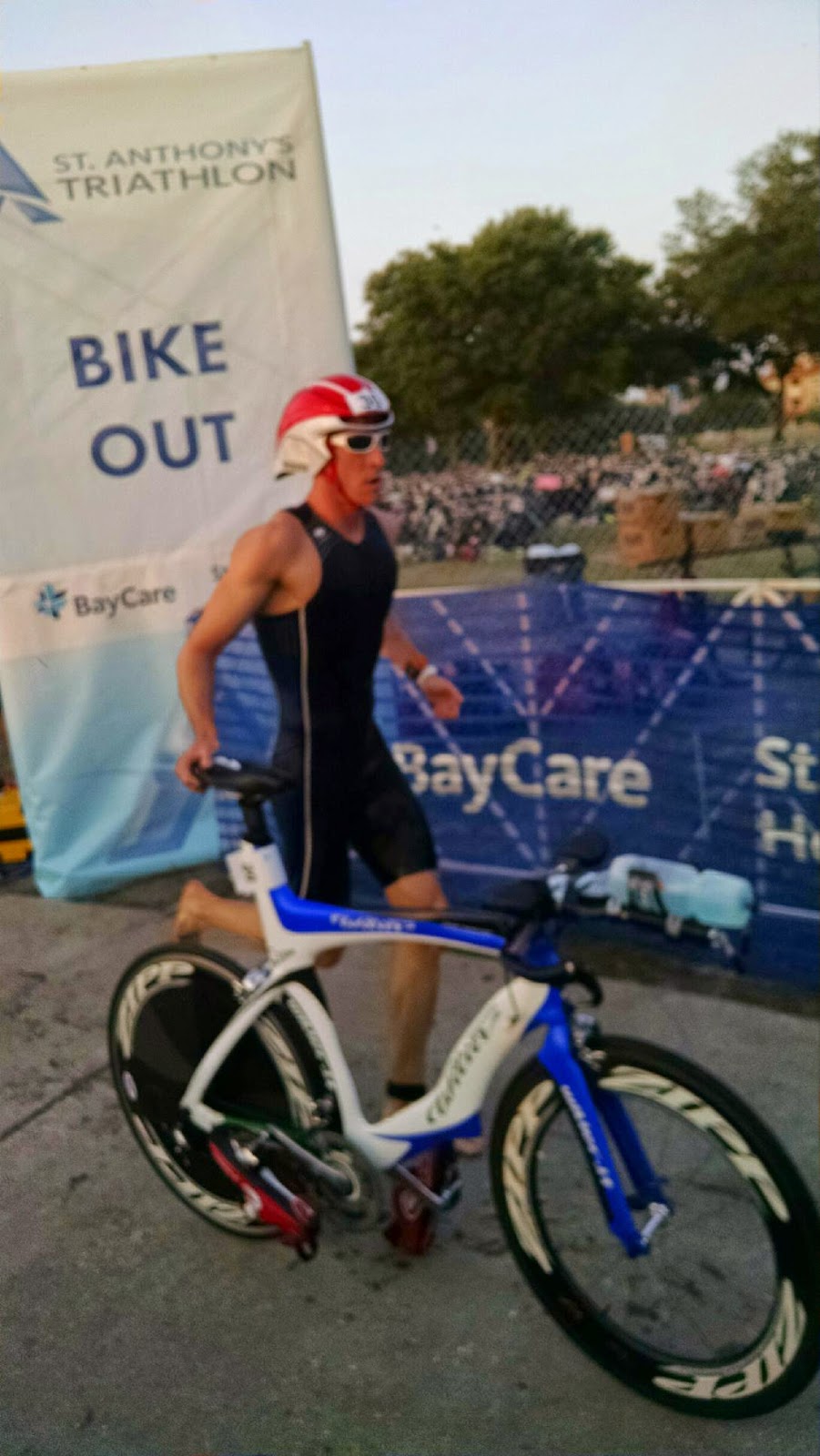 I wanted to have a faster transition than last year and I achieved that goal. I came out of the water with Alex Willis and we pushed each other towards our bikes and jumped on. Sticking with my race plan, I took my time in the first mile before getting to work and starting to catch other Pro’s ahead of me. I felt like my bike effort was nice and consistent throughout; hard like I’ve practiced in training but very much within myself because I wanted to run as fast as I did in training. Because of the heat, I didn’t pay as much attention to my power as I did to my perceived effort. If I was a little under my planned target, that was fine if I could still run well off the bike. I took in 2 gels and about 30-40oz of Gatorade along the way. In last mile, I backed off the effort a bit. Traditionally, I road hard up to the last 100 feet but Cliff and I thought that I might run faster if I backed off a little earlier. Coming into transition, I felt like I set myself up to have a good run and was mentally prepared to run just like I did in practice. If I could do that, I knew I could at least hold my 10th position spot if not catch a few more guys down the line.  I road  56:51 for the 40k which was the 7th best time of the day.

I transitioned quickly and then got to work easing my way into the run, just like I’d done in that brick workout. My gps was not working so I totally went by perceived effort. After the first half mile or so, I felt like I was working hard and I was attempting to stick with the guy just ahead of me. When I was out in AZ with Cliff, he noticed that I hold my shoulders and hands pretty high and that I run best when I drop both of them. In our pre-race talk, he suggested that I periodically shake out my arms and drop my shoulders and I worked on this as I went. At mile 2 I took in another gel. A little before the half way turn around, I was really starting to struggle, loosing focus on the race. At the turn around, I thought about upping the effort like I did in practice, but I couldn’t find a way to do it so I stuck with what I could do. I heard someone yell out to me to pick up my cadence and I realized just how slow it was but couldn’t seem to pick it up. My upper body felt like it was on fire and I was having a tough time breathing, worse than my usual race pace effort.  My legs felt pretty normal for a race pace effort. At one of the aid stations I grabbed some water/ice and put it down my suit to cool off. The cool ice brought me to the cruel realization that I was overheating and there was little I could do about it. I got passed by three guys on mile four which was tough mentally, but I kept pushing on. I was really struggling around mile 4.75 and I was slowing down dramatically when my friend Sarah Alexander yelled out encouraging words to me as she was going the other way. Her words really help me reboot my mindset. I realized I only had 1.2 miles left, composed myself, took in a little more gel, and decided to make the most of it like I had originally planned. I picked back up my pace and descended that last mile like I’ve done so many times in practice. With .2 miles left to go, I felt like I was sprinting and desperately trying to close the gap to the guy in front of me, once again focusing on the race rather than how I was feeling. At the finish line, I collapsed. The volunteers helped me back up and helped me get in the kiddy pool filled with ice. I rested there for about 15-20 minutes sipping on Gatorade and cooling down. I ended up running a 38:31 for the 10k, at least 4 minutes slower than I planned to run and 3minutes 30 seconds slower than I’ve done previously on this run course. My time was good enough to take 13 out of the male pro’s. You can see me finish below.


Every race is a performance. This means that no matter how your training goes, what really matters is what you do up on stage: on one particular day and one particular time.  To sum up my thoughts, my run performance didn’t reflect what I’ve done in training which is extremely disappointing; however, that’s the business that I’m in—the one that I’ve deliberately chosen—and I’ve got to adapt in order to have the performance I actually want. I did a lot of things well including my skills in the swim, backing off on the bike to adapt to the heat, and finishing strong despite my struggle on mile 4 of the run. It only takes one or two things to negatively affect the end result in a big way and I came up short of my expectations.

There are two major things that I am going to consider in the future. First, I’d like to do a better job adapting to the heat and humidity for the first races of the year. I think my biggest struggle was dealing with the heat, something that I haven’t had to deal with in Connecticut over the last month of 30-50 degree days. I think I could have done a few more indoor workouts to prepare for that heat, arrived a little bit earlier for more time to adapt, and/or backed off the bike effort even more than I had (I averaged 295 watts, about 15-20 watts lower than I originally planned). Second, I’d like to focus on turnover at the start of the run. I think I was over-striding a bit at the beginning which had a huge impact at the end of the race.


One of the best ways to get closure on a race is by putting up better results in your next race. I’m very excited to race Challenge Knoxville in a few weeks.


I'd like to thank St. Anthony's for putting on a great race. I really encourage any triathlete reading this post to go down there to race. They provide an outstanding experience for their athletes. Also, I'd like to thank Zane’s Cycles, CT Cycle Center, Muscle and Joint Chiropractic, 66 North Main Massage, Cliff English, Amber, and my parents for all your help!

It's race week and it's time to take care of all the final details before a great race! Getting some ART done with Dr. Aj Gagliardi of Muscle and Joint Performance Chiropractic - Branford, CT to tune up the body for St. Anthony's! I can't tell you how much this type of work has helped me over the winter season! 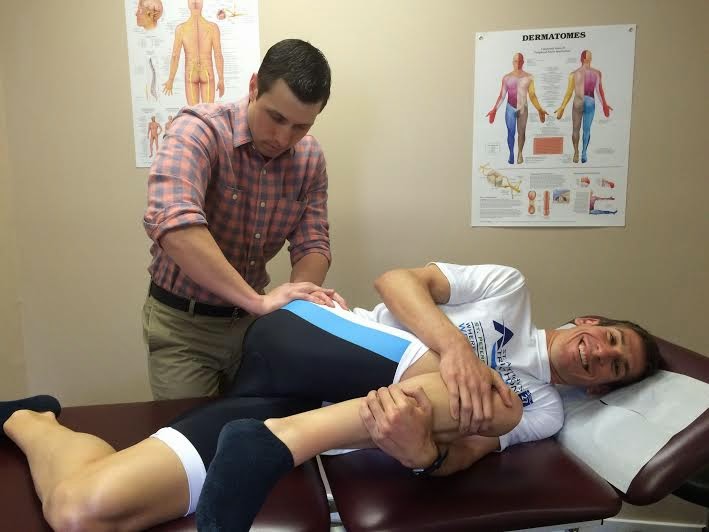 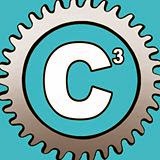